by The Future of Journalism
in decoration
0

Plantation shutters are a stunning and highly versatile means of furnishing your windows, but is the term outdated and somewhat offensive? There is much debate surrounding this design choice and the terminology used and we are going to explore that further, in this article.

Why do they call them plantation shutters?

If you’ve heard the term plantation shutters, then you may be wondering why and where they got their name. Ultimately, plantation shutters are wooden shutters that have slats or louvres which can be adjusted to let in a certain amount of light and even be used for temperature control in the home. They got the name “plantation shutters” based on the fact that their size and look are reminiscent of the antebellum plantations of the American Southeast. Which is the source of the controversy surrounding this window furnishing. 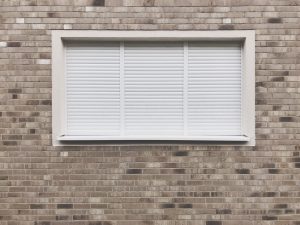 The word plantation in and of itself is not offensive, however, the connotation that comes with it can be seen as such. You see, the style and design of plantation shutters are reminiscent of the very same style that was adopted in plantations in South-eastern America during the nineteenth century.

Different Types of Chairs and Their Styles

As you may have already guessed, many of these plantations at a time, had dozens of—and in some cases—hundreds of slaves who were brought over from Africa on slave ships for the purpose of carrying out manual labour tasks without fair compensation. They were without question prisoners, forced into hard labour on these plantations, often picking cotton for commercial use.

The condition in which these people were kept was often incredibly poor, with barely enough food to survive. They had no personal freedoms and were subject to a life of misery and degradation.

Due to this unfortunate history, there is much debate as to whether the use of the word plantation is offensive in plantation shutters.

Ultimately, we believe that yes, plantation shutters should be renamed to something more appropriate in order to keep everyone happy. However, in order to achieve that, every manufacturer and seller across the world has to be on board—otherwise, it will lead to continual confusion.

And, further to that, the term ‘plantation shutters’, is highly descriptive and sums up precisely what they are, what they look like, and what purpose they serve.

Again, this doesn’t change the fact that the name is deeply offensive to many people. It is a difficult debate indeed. 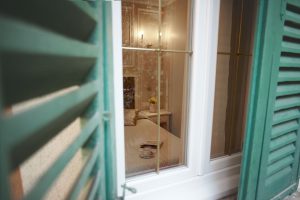 What’s another name for plantation shutters?

Plantation shutters are often referred to as plantation blinds. These are interior shutters with wide louvres and are one of the most popular shutter types in the world at the moment, especially in warmer climates.

What can I say instead of plantation shutters?

How to answer the question: “What can I say instead of plantation shutters?” It’s a personal choice. You can name them whatever you want. However, if you are conscious of the fact that you may offend someone, then in honesty, the easiest way to handle this is by calling them wooden shutters.

That being said, there are some distinct differences between traditional shutters and plantation shutters, so calling them wooden shutters can get confusing and lead to customers purchasing the wrong products—which is a whole other kettle of fish.

In order to avoid causing any offense, the best approach would be to refer to them as something along the lines of: “interior shutters” or “window shutters”.

Unfortunately, simply changing the name from plantation shutters to something else, isn’t going to solve the debate either. You see, again, many people believe that the use of plantation shutters, in general, is offensive, given that they are a shutter type that was used in these buildings, during this dark side of history.

Like it or not, the shutters themselves are incredibly useful and have such a wide range of benefits. As such, changing the name across the market might be the politically correct approach, however, in order to do that, there needs to be a global shift and agreement. It is a highly complex and deep issue that is, unfortunately, not so easy to fix.

Again, even if there were to be a global change in the name of plantation shutters to something that is deemed to be less offensive, there is still the issue of people using a shutter type that was popular on these buildings which supported the abuse of African slaves.

And, as for business owners, particularly those who have the word Plantation in their name (such as Perth’s Boutique Plantation Shutters), advertising plantation shutters as something else, can lead to all manner of issues from potential customers. Unless every manufacturer and seller of plantation shutters is on board with the shift, calling them anything else as an individual business could be seen as false advertising, which can be accompanied by penalisation and legal recourse.

It works both ways as well. There are some businesses that advertise their traditional shutters as plantation shutters and are subsequently falsely advertising their products and tricking customers into buying something different from what they are expecting.

In conclusion, yes, to some people, the word ‘plantation’ in plantation shutters is offensive. It is understandable as to why, given the hardships that many people had to endure during those times. In any case, if you look hard enough, there are many things that can be deemed offensive by association.

For example: should we abolish the use of cotton products entirely? It is a difficult subject and one that is very sensitive to some people, but from a personal perspective, if you want plantation shutters, but would prefer to call them something different; “wooden shutters”, “interior shutters”, and “window shutters” are reasonable alternatives.

What is the best way to get rid of rats? What do rats hate the most? What are rats afraid of?

Is CrossFit hard on your body? Is CrossFit Bad for you? What are the risks of CrossFit?

Different Types of Chairs and Their Styles

No Result
View All Result